Search for the Cross 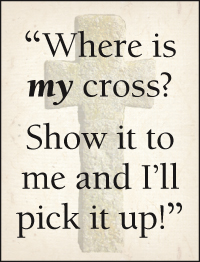 I was frustrated and lonely. Trying to do all I could; leading the worship band Sunday mornings, putting on the youth group events, songwriter events, night-time street evangelism, and now an alternative theatre venue at the local theatre festival. Somehow I felt that I was still falling short – quite short – of picking up my cross and following Messiah.

My relationships with the people in my own church were very strained. Everything I did seemed to turn into a controversy. Some of the older members of the congregation did not approve, others largely ignored, and few appreciated my efforts. I was used to it, but sometimes it still hurt. Feelings of loneliness and fear of rejection still plagued me.

I was usually the odd one, in whatever circles I happened to be in. Always moving around throughout my childhood had served to keep me outside of any established cliques. Even among the other missionary kids in South America, I seemed so different. Then again, probably most missionary kids feel that way. (My teenage years in Colombia is a whole story-book of its own.)

My Father was a bit different too, but then again, most missionaries are. He had thrown himself into the task of attempting to get about 100 different mission organizations to work together… a task that had left him disillusioned, hurt and burned out after less than 10 years. “Other missionaries have hurt me,” he confided, “more than any non-christian ever has. Missionaries just can’t work together.”

One time I asked another missionary, “Why is it that when we preach the message of salvation, that people can be forgiven and have a new life… and people respond with joy… we then tell them, ‘now that you are saved, this is how we do church.’ Where in the Bible does it tell us to do church like this? I don’t see it anywhere! Isn’t church supposed to be community?” He appreciated my questions, but didn’t really have an answer for me. It seemed like he kind of agreed with me. This question stayed with me for many years. I couldn’t shake it.

After some incredible adventures around Colombia, finishing high school, and one lost and culture-shocked year in Canada, I returned as a missionary to help my parents… which – along with many joys and sorrows – also became a difficult situation (another story) so a year later, back in Canada I landed. I was disillusioned with missions, and soon became even more disillusioned with North American churches. After a brief time in Bible school, I ended up going to University, but in my heart I was still a missionary. On the street at night and involved in as many youth and evangelistic outreach events as possible, I was burning the candle at both ends. 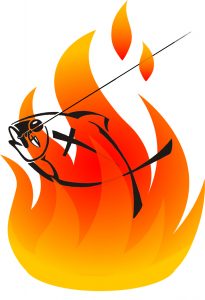 ach I was hosting in the basement of our church was a “Seekers Bible Study” for teenagers and young adults. Soon there was a large group who were “seeking for truth,” unhappy with the societal norms. Many could be found on the streets at night, even though most of them had parents with wealthy homes in the most affluent neighbourhoods.

These young people were getting into the Bible more and more, until one night we were saying “the Church is supposed to be community!” We were reading the book of Acts. I had been talking like this for quite some time, but now my new friends were seeing it too! “Wouldn’t this be a witness to the world? Wouldn’t people pay attention if we actually did this? What if we all quit our jobs, our studies and everything we are doing and started living together? Then the world would see!”

“I’m tired of talking about this,” I stood up. Everyone looked at me, wide-eyed. “I’m going to do it. I’m quitting everything and I’ll live with you, whoever wants to do God’s will.”

“Let’s get back together later this week to make a plan and put our resources together. We’ll need to look for a house…”

That was the last time I saw any of those young “seekers”, they never came back… until about a year later. I bumped into one of them on the street. “Hey, a few of us got back together, and we’re renting a house and we started the seekers Bible study back up again. You should come over!”

I showed up at the house, it was like any other shared student housing… full of the usual clutter, music blaring, it looked dirty. A small group was there for the Bible study, it was quite different than before. There was no excitement, it was dead, lifeless. One of the young men read a few verses and talked on and on about philosophical things he had read in some book. It finally trailed off. Some people left, those who stayed started passing something around… it was pot. I watched for a while, then left with a broken heart and a bit of a second-hand buzz. I never went back.

Search for the Cross

That summer was once again filled with long walks at night, praying, many hours on my knees, reading the sermon on the mount over and over again. “How do I do this?” I was doing less outreach, less talking, a lot more praying. “Where is my cross?” I attempted writing plays and acting as a means of reaching people. A pastor friend told me, as he looked over my latest evangelistic script, “Christians aren’t going to like it, it is too controversial. Non-christians won’t like it, it is too religious.”

I was caught again in an attempt to communicate the gospel to non-christians and to Christians. It didn’t seem like most Christians were walking the talk… but I was coming to see that I hardly understood anything about the gospel myself. I had stopped trying to “lead people to the Lord” and teach them to say the sinner’s prayer… about the only thing I had left was to tell people, “seek God, and He will let Himself be found.”

Despite the challenges, and with the help of a few very supportive friends, the play went very well – good reviews in the paper and many people showing up for 10 performances. I had thrown all I had into it – but along the way I saw some things – ugly things – coming up to the surface from deep within my soul.

I found that I could perfectly portray hate, anger, violence, greed, lust and pride… because it was in me. It became undeniable to me. The good-angelic-sincere-missionary-all-my-life-me! My bubble was popping, my mind was cracking, I felt I was on the edge of insanity. In the climax of the play, a large wooden cross was unveiled at the corner of the stage. As the main character raged and fought with himself, he finally sees that the only thing he can do is surrender – at which point all the anger, hatred and evil in himself that he is fighting with dies – at the foot of the cross. It was striking, highly energetic, and delivered a message… but why were all those evil things still alive in me? Had I not surrendered to the cross? Why was I not saved from those things?

“Where is that cross? Where is my cross?” There I was again, on my knees, face on the floor. “Show it to me and I’ll pick it up! Show me how to live the sermon on the mount! How can I be together with others when it seems like no one else wants to, or knows how?”

In trying to not worry about my life, I had spent all I had on my various evangelistic endeavours. I had no money, and no where to go. I didn’t know what to do next. The One I was crying out to heard me, saw my heart, and caused a friend of mine to come pick me up and drive me over 1300 km to where I would meet a community of people who were doing what was on my heart to do. They were living together as described in Acts 2 and 4 – it was even better than I had imagined! It wasn’t a place where a few burned themselves out trying to make it work while others were content to watch or participate minimally. It was a community of sincere believers who were living together, working together, giving every hour of every day to love and care for one another and reach out to the lost and needy of this world. 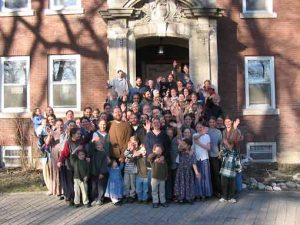 That was just the beginning. Now almost 20 years later, salvation has gone so much deeper, the work of the cross has accomplished so much and continues to accomplish Messiah’s work in me. He did all His work on the cross, so that a work could be done in us – on the cross! And that is so we, the Body of Messiah, the corporate cross-bearers, can accomplish His will on the earth.

We invite you to come, deny yourself and take up your cross…