Passover Lamb – In the House 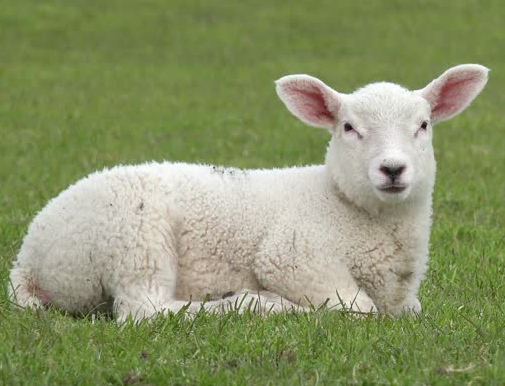 Yahshua, 1our Passover Lamb has risen from the dead, proving that his sacrifice for our sins had been accepted by God, able to deliver us from eternal death.

The Israelites of old were always to remember what had happened to them in Egypt, when they were huddled inside their houses, with the blood of their best lamb painted on their doorposts, waiting for the Death Angel to pass over them. And they were to pass it on to the subsequent generations. Every year they were to choose their best year-old lamb, without defect, and take it to the priests, and sacrifice the Passover lamb. They were to lay their hands on the animal, remembering that its death had been in exchange for their lives. They were not to forget that they had been slaves, and this death had freed them, because after this final plague they were able to leave Egypt and journey to the land that their God had promised them.

Many years passed, centuries, and finally Yahshua, the Lamb of God, came to fulfill the role of all those innocent lambs. By that time, many had forgotten who they were and what they were living for. They went to the temple and bought an animal in the temple courts, no matter what its condition was. Their “sacrifice” had become a ritual, a form that most kept without realizing the significance of what they did.

But for a few it was not like that. They still kept the heart that had faithfully been passed on to them from generation to generation. They chose the best animal from their flock, sacrificed it, and remembered that many years ago they had been freed from death and slavery. They remembered the sign of the blood of the passover lamb on the doorway of their houses. They remembered their history. For these few, the life of Yahshua, the Lamb of God, touched their hearts. His words were liberation for their souls. They wanted something true and real, a life free from the selfishness that plagued their lives.

When Yahshua was sacrificed at the time of the Passover feast, they knew that he was the true Passover Lamb of God. He had made himself a sacrifice to rescue them from death and the bondage of their meaningless lives.

What had happened years before in Egypt foreshadowed what was happening then. They would no longer have to slaughter any more animals for sacrifice. Yahshua’s sacrifice was sufficient. It represented the great love that God had for his highest creation. He paid the price to rescue them from death.

Those who truly understood the message began a new life. They were truly delivered from the Egyptian ways that had permeated Israel. On the Feast of Pentecost, after hearing the testimony of those who had believed in the sacrifice of their teacher, 3,000 cried out in the waters of baptism to be forgiven of their sins and to be saved from that wicked generation.

All who believed lived together.2They sold their possessions and held everything in common. They loved to be together, allies forever, knowing well that Yahshua had taught them to love each other as he had loved them and given up his life for them. But now he was risen. He was alive, for death could not hold him, since he had not a shred of selfishness in him.

This community life is detailed in the book of Acts in the Bible, chapters 2 and 4. But over time, just as in the beginning of this story, they forgot what their Master had communicated to their hearts, and only a few held on a little longer to their first love and the life that had been shown to them. Then the rituals began again, and the pagan festival of Easter replaced Passover. It no longer had anything to do with what had happened that night in Egypt long ago.

Now “Holy Week” is here in the midst of the crisis that the whole of humanity is experiencing with the appearance of a microscopic virus, and everyone is compelled to STAY AT HOME to protect themselves from its effect. But is something missing from our doors?

Is your house an Israelite house or is it really an Egyptian house? Is the blood of the passover lamb just a story for this time of year or is it actually painted over the door of your heart? If it is on your door, then it has freed you from living selfishly, separated from others, which is the Egyptian way of life.

If you are at home, separated from others, stuck in Egypt, and wonder whether there is something deeper and greater that you could do with your life, this story can be the beginning of the answer to your questions.

When we are at home, we are together (we live together in community just as in the book of Acts), and we have “painted our doors with the blood of the Passover Lamb” that makes possible the life of love and unity that Yahshua, the Messiah, established on the earth. This is the life that human beings were truly created for. We are looking forward to the festival of Passover, which has deep meaning in our lives, for we have been delivered from “Egypt” — the slavery of living for ourselves. We have been forgiven of our sins, which is selfishness, and this forgiveness is what sustains our relationships and enables us to live for each other, fulfilling the purpose for which we were created.

Come, and find freedom from Egypt through the Passover Lamb!

Find Places Where You Can Be Set Free From Egypt!
DROP US A NOTE!

Your email is kept private and confidential. 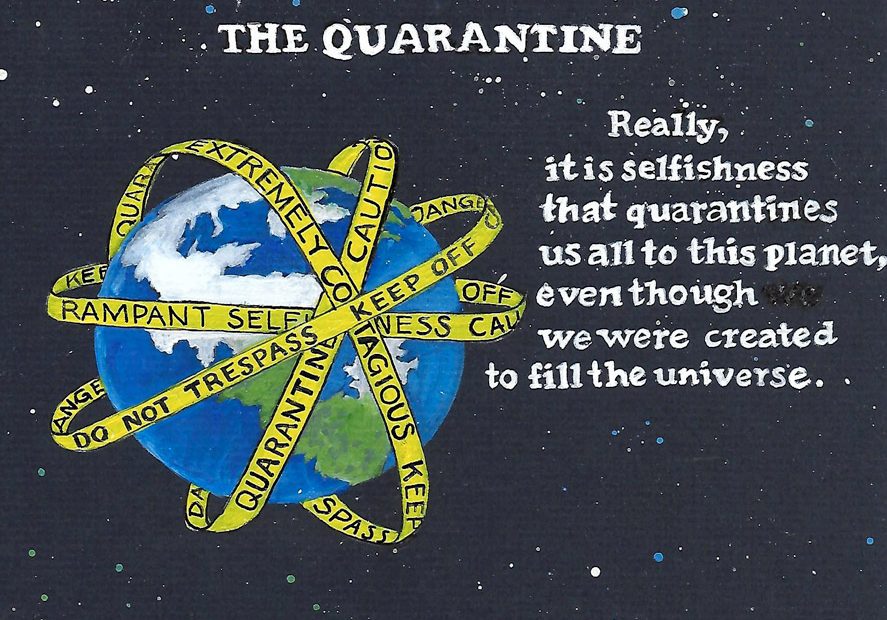 Passover Lamb – In the House

Yahshua, our Passover Lamb has risen from the dead, proving that his sacrifice for our sins had been accepted by… 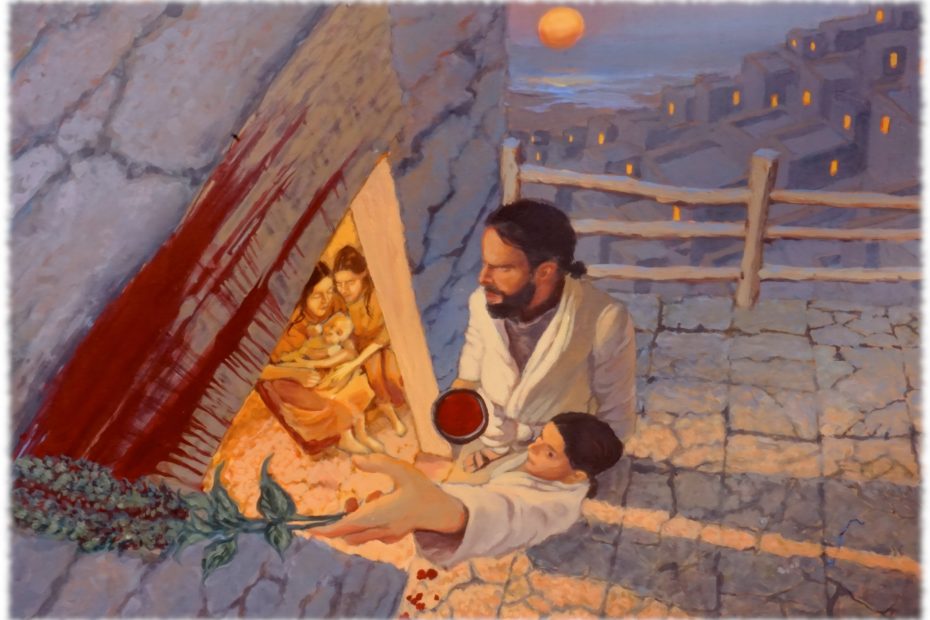 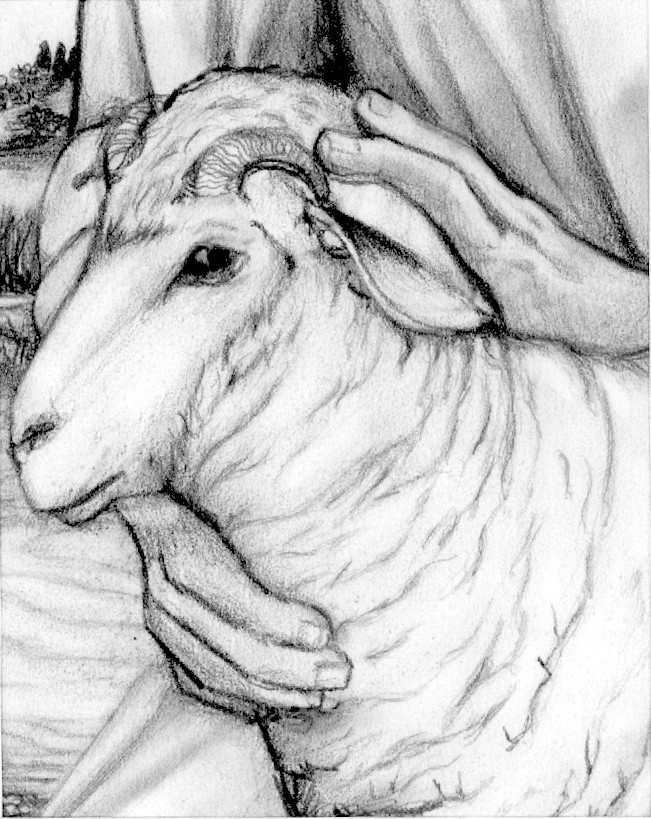 It was a hot, sunny day as Andrew walked along the dusty road toward Jerusalem for the Passover. A few…
Tags:Coronavirus TipsEasterPassoverStay at home