The Name Above All Names 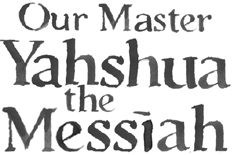 In the days of John the Baptist and the Son of God, the preserved language of the devout Jews was Hebrew. So, when the angel Gabriel brought the good news to the Hebrew virgin, Miriam (or Mary in English), that she would give birth to the Savior of the world, and told her what His name would be, what language do you suppose he spoke? Hebrew, of course! And certainly Miriam and Yoceph (or Joseph in English) named the child just as the angel had commanded them — Yahshua.
In Matthew 1:21, your Bible probably reads, “… and you shall call His name Jesus, for He will save His people from their sins.” But the name Jesus is a modern English adaptation of the Greek name, Iesous, which is itself a corruption of the original Hebrew name Yahshua. The name Jesus or Iesous has no meaning of its own, but the Hebrew name Yahshua literally means “Yahweh’s Salvation” or “I Am Salvation“1 which makes sense out of what the angel said in Matthew 1:21, “… and you shall call His name Yahshua [Yahweh’s Salvation], for He shall save His people from their sins.”

If you look in an old King James Bible, you will find the name Jesus in these two passages:

Which also our fathers that came after brought in with Jesus into the possession of the Gentiles, whom God drave out before the face of our fathers, unto the days of David… (Acts 7:45, KJV)

For if Jesus had given them rest, then would he not afterward have spoken of another day. (Hebrews 4:8, KJV) 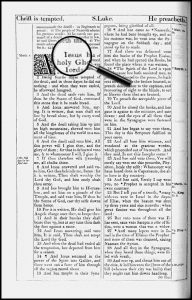 However, if you look in any modern translation of the Bible, including the New King James, you will find that in place of the name Jesus they use the name Joshua, for in the context it is clear that it is speaking of Moses’ successor and not the Son of God. But in the Greek manuscript the name in both verses is Iesous.

You see, Joshua is the popular English transliteration of the Hebrew name of Moses’ successor, which meant, “He will save.” This name looks forward to the name of the Son of God, for Joshua was the prophetic forerunner of the Messiah, bringing Israel into the Promised Land and leading them to victory over their enemies. But since the translators obviously know this fact, why do they only translate Iesous as Joshua in these two verses, and as Jesus everywhere else?

The NIV New Testament even has a footnote supporting this fact under Matthew 1:21 — “Jesus is the Greek form of Joshua.”

But the fact is, the name of God’s Son was not even written or pronounced as Jesus in English until the 1600s, simply because there was no “J” sound or letter in English before then.2 The modern letter “J” evolved from the letter “I” which began to be written with a “tail” when it appeared as the first letter in a word. So in Old English the name now written as Jesus was actually written and pronounced much like the original Greek Iesous. Eventually the hard “J” sound crept into the English language to accompany the different way of writing the initial “I” in the name.

You may also find it interesting that in Acts 26:14-15, it says that the Apostle Paul heard the name of the Son of God pronounced “in the Hebrew tongue” by the Son of God Himself, so he certainly didn’t hear the Greek name Iesous or the English name Jesus, but rather the Hebrew name, the name above all names — Yahshua.3